Skip to content
Word on the street is that I have received a B+ in Basic Refrigeration. Which isn’t what I would have preferred, the goal is always an A. I think missing one class, the content that was presented, and the associated labs were what caused me to drop from an A- to a B+.  So the lesson learned here is don’t miss class.
Refrigeration Application started off with a bang, doing loss calculations for various types of coolers. Which means lots of math, as we don’t have the fancy computer programs in this class. Welding has moved on to stick welding, which apparently I’m doing better at than I was either the other types (brazing or oxyacetylene welding). And English Composition, well, English is English. There are issues with that one that have very little to do with me.
In other exciting news, I picked up the lettering for my office door. Due to a printing error I actually have two of them,  because some of the points on the lettering of the first one didn’t quite cut properly. It’s hardly noticeable.The better set will get applied to the office door and I’m not sure what I’ll do with the second set. 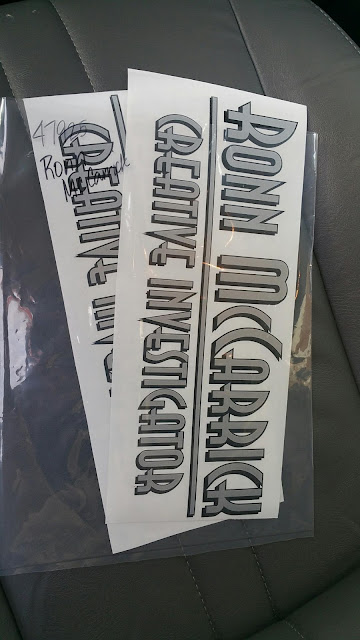 Working Around the House