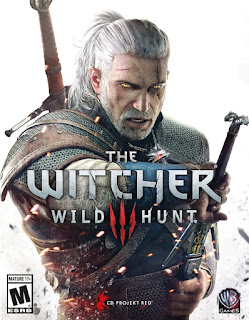 I have been out of the gaming thing for a while now. It’s not that I don’t have the time, but more that I just don’t want to use the time I have to play games. But, there are times when I just want to mindlessly waste an hour. With that in mind, I picked up the latest Witcher game and all it’s expansions as some sort of super-pack via amazon downloads. The game itself seems good. Nice graphics. Lot’s of stuff to do. Detailed world. Yadda, yadda, yadda.

I’m very bad at it, but that’s not the games fault. I’m not really immersed in the game and I am not playing through it particularly fast. I don’t have that kind of time and so I’m very early into the story of the thing. I think I’m looking for a griffon or some shit. Whatever it is I’m doing, or supposed to be doing, is always superseded by the fact that I do not like the main character. He’s a jackass. Doesn’t matter what choice you make in the dialog box, he is always a jackass.

I’m sorry, that was rude. What I meant to say is that he’s a dark character, an antihero, a badass, or whatever phrase you want to use. Still, I’d say, he’s an unlikable dick.

I’m still playing, but I really don’t like the personality they’ve given the main character. I get it, he’s a bad ass. Whatever, he’s a dick. He say’s dickie things. He does dickie stuff. I would not hang out with this guy. And yet, I am him. This game better be damn good.