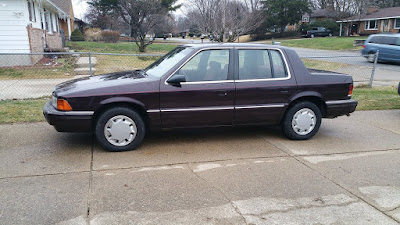 I know you’ve already seen it, but I would like to formally introduce you to my new ride. I’m calling it the bookmobile. It’s kinda like the batmobile, only without the rockets, machine guns, and that whole bat motif. So, not at all like the batmobile.

The wife and I share the malibu; we’re a one car family and usually that’s more than enough. But our schedules don’t match up quite as well this semester as they did last, and as such, I needed a car to get back and forth to college. Which means I need a car maybe 3 times a week. I am not going to buy another new car for that. Heck, I can’t justify anything with payments for that amount of usage. But an $800, 1991 Dodge Spirit with less than 70k miles on it; that I can do. 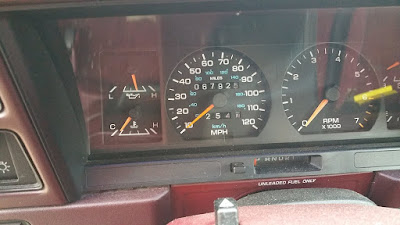 I bought it from my friend/neighbor/coworker across the street. It was his mother’s car, she was elderly and rarely drove it, and she passed last year and it was just sitting in the garage. It runs and drives very nicely for a car that is 26-years old. Today, my neighbor helped me replace the brake lines for the back brakes, as they had rusted through and were leaking badly. Then we did an oil change. And had we been able to find the parts locally we would have done brake pads and rotors. Both of which were unavailable at the auto-parts store, so I’ll order them and maybe that will be a project for next weekend. 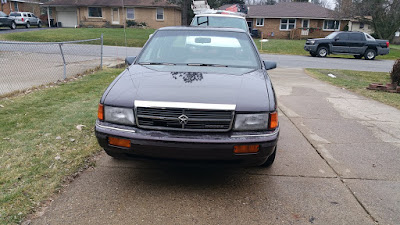 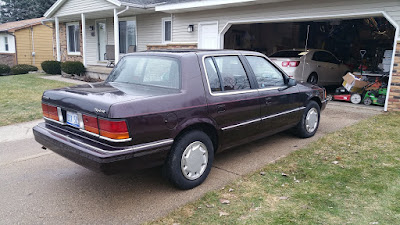 It’s nothing fancy. It’s not a hot rod or a chick magnet. It’s just an old sedan that’ll get me back and forth to class, probably for the next couple years. I’m lucky to have gotten the deal I did on it and I’m lucky to have a neighbor who is both a certified mechanic and willing to take time away from his other projects to help me work on it.