Let’s take a look at some of the movies I’ve watched over the last couple weeks. I don’t watch a lot of movies and I don’t have strong feelings for those that I do see. I’m not a movie guy. There are things I would rather be doing than watching a movie. Two of the three opinions expressed here are likely to be controversial. All I can say about that is, I warned you.

So to recap, we’re using the old Netflix star scale here, one to five stars with no half stars available: Hated, Didn’t Like, Liked, Really Liked, Loved. Now that were all on the same page, here are my thoughts on three movies I have seen recently. 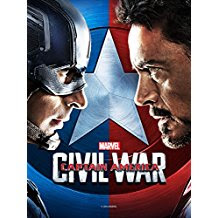 Basking in a $408-million box office, critical praise, and gallons upon gallons of fan boy saliva, Captain America: Civil War showed up on my screen with the bar set very high. The cast was large enough to be an Avengers movie. There were whole tangents to introduce characters new and re-enshrined. Marvel wants to show off Black Panther, because he’s getting his own movie. Marvel wants you to know that they’ve got the rights to do a Spiderman movie, and they’ll be doing it right. Marvel wants you to know that Hulk and Thor are not in this movie, repeatedly. Oh yeah, Antman shows up and grows really tall. It’s a Captain America movie, I expect to see Falcon, Black Widow, and Bucky/Winter Soldier, but everybody shows up here, because it’s a civil war among the heroes. There’s twelve super heroes in this thing, a few government agents who would seem to be important, the villain, a love interest, political intrigue, political conflict, internal strife, talk about characters who are not in the movie, lots of inconsequential blame thrown around, five new super soldiers, and a whole movies worth of story at the beginning that is pretty much ignored.

So what about all this talk of serious plot and thought-provoking theme? I guess it’s in there, somewhere. I mean they present big ideas, gloss over them, and then get back to the fighting… mostly for no reason. It’s way better than the reasons for the fight in Batman vs Superman, but it still felt like a lot of action scenes and not a lot of substance to me. You cannot have the kind of movie they want to say they have and put this much stuff into it. Much like the Avengers movies, there are too many characters and too much going on. Stuff falls through the cracks. Sure the comic fans can fill in all those gaps with their preexisting knowledge of the Marvel Universe, but the regular folk seeing the movie have got to feel let down by the story presented on screen.

I didn’t hate this movie, but I was disappointed in it. I liked it. It was a good Avengers movie, probably the best Avengers movie. But I wanted more Captain America in my Captain America movie. For my money Captain America: The First Avenger (the 1st CA movie) was the best, it was the one that gave me what I wanted. This was good, but the Marvel Cinematic Universe is getting very big and I’m not sure how long it will remain cohesive. And while I feel like I’m betraying myself here, I may be getting burned out on superhero movies. 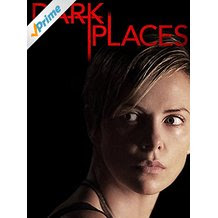 Lady Ronn had listened to the audio book for this one and wanted to give it a watch. I knew nothing about it that wasn’t revealed in the description blurb on Amazon Prime. But it was pretty good, in a not-the-kind-of-movie-I-usually-look-for kind of way. As with all of these movies based on books, they left a

lot out. The wife filled me in on all the missing bits, as she is wont to do. But even without her exposition there were a lot of things that I saw and thought to myself, I bet they went a lot further into that in the book. But such is the nature of the translation from page to screen. I am told that they touched on a little bit of everything

from the book, left not much out, and changes were not overly distressing. Personally, I found the resolution to the mystery to be a little far out and slightly annoying, but not a deal breaker. I don’t watch this kind of thing to solve a mystery; I just want to be entertained. I was. Would I watch it again, probably not. Was I left asking why all the female protagonists in stories lately are unlikable, yes. I guess its a genre thing. 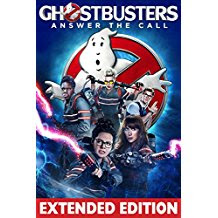 I’m pretty sure you’ve heard terrible things about this movie. I know I have. The reviews were bad, it was in and out of theaters quickly, and the fan base had fits over what had been done to their beloved franchise. Did these people not see Ghostbusters II (1989)? Sure the first Ghostbusters movie was good, but that sequel was less than stellar. This movie is not a sequel; it’s a reboot, a new take on the idea, an homage.

I watched this with the wife on New Year’s Eve, after 45-minutes of looking for something to watch. And I do not know what was in the extended edition that was not in the theatrical release.

This was a funny movie. I laughed. I was amused. It made me smile. I really liked three of the four lady ghost busters and was not terribly annoyed by the fourth. Pretty-boy secretary was funny. The villain was a creep; as he should be. There were cameos by many of the original cast members, in funny bits. It was a fun movie. I think this was hurt more by the existing fan base than by any flaws in the film. I’d be up for a sequel, if for no other reason than to see if it would be done better than the original sequel. If you heard the reviews and avoided this movie, I would recommend you give this one a shot. I really liked it.